What the ban on gene-edited babies means for family planning 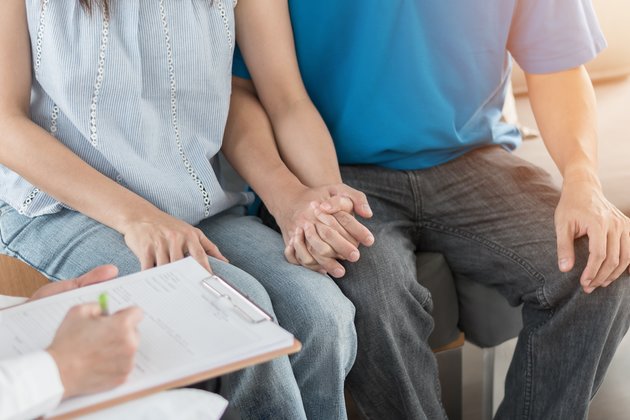 Technology surrounding the human embryo has moved out of the realm of science fiction and into the reality of difficult decisions. Clinical embryologists fertilize human eggs for the purpose of helping couples conceive. The genetic makeup of these embryos are tested on a routine basis. And today, we no longer ask "can we," but rather, "should we" edit human embryos with the goal of implantation and delivery of a baby?

As a reproductive endocrinologist, I frequently encounter couples grappling with complicated reproductive issues. If one or both parents are affected by single gene disorders, these couples have the opportunity to first test their embryos and then decide whether to transfer an embryo carrying a mutation rather than finding out the genetic risk of their baby while pregnant. In some cases they may decide not to transfer an embryo that carries the mutation as part of the in vitro fertilization procedure.

These issues seem simple, but carry large consequences for patients. "Should we transfer an embryo affected with our genetic disorder?" "What should we do with our affected embryos if we do not transfer them?" Some patients will opt to skip testing altogether.

Clinical trials of GM embryos banned in the US

The Appropriations Committee of the U.S. House of Representatives recently reinstated a ban that prevents the U.S. Food and Drug Administration from approving any clinical trial or research "in which a human embryo is intentionally created or modified to include a heritable genetic modification." The current gene-editing ban prohibits editing the genes inside the cell's nucleus, as Chinese scientist He Jiankui did. He used the gene-editing tool CRISPR to modify the CCR5 gene in twin girls to give them immunity from HIV.

Mitochondria replacement therapy, in which mitochondria carrying defective genes are replaced by healthy mitochondria from a third party is more palatable to some as mitochondrial DNA only carries a handful of genes that provide cellular energy production.

These scenarios of a three-parent baby involve transfer of the nucleus - containing the 23 chromosomes - from the egg of the mother with the defective mitochondria into an egg from which the nucleus has been removed but the healthy mitochondria remain. The actual genetic material is changed because there is DNA from two women. However, the DNA has not been cut, pasted or otherwise modified. Although testing the safety of three-parent babies will be allowed in some countries such as the United Kingdom, the U.S. ban includes this procedure.

What is germline editing?

At the heart of the issue is making genetic changes to cells that could be passed on to the next generation. These are called germline cells, and changing them is called germline editing. This brings these questions to the next level, with little information to support these heartwrenching choices.

Germline editing can happen at different phases of fertilization. If we change the genetic makeup of a human egg or sperm, fertilize it, and transfer the resulting embryo into the womb, the result is a heritable genetic modification. Similarly, genetic changes to the embryo itself within the first few days after fertilization will be inherited by the embryo's offspring. Both of these actions are currently banned.

Is there any DNA that is OK to edit?

Our genetic material is made up of DNA. This DNA is found in two locations within our cells - the nucleus and mitochondria. The DNA, which makes up our 23 pairs of chromosomes, is found inside the nucleus of every cell is a combination of the DNA from the biological mother's egg and biological father's sperm. Genes composed from this nuclear DNA provide the basis of most of our biologic functions and appearance including our height, eye color and our overall predisposition to diseases such as diabetes, heart disease and cancer. These traits are often the product of multiple genes working in tandem. The products of these genes work together throughout our lives, which makes the impact of editing at the embryonic level impossible to predict.

He Jiankui performed gene editing on nuclear DNA. This action provoked calls for regulatory oversight of gene-editing techniques. The concern lies in the long-term effects. In addition to their constant interaction, most of genes in the cell's nucleus serve multiple functions. "Fixing" one aspect of a gene's function may therefore result in unintended consequences.

Those diseases caused by a single gene mutation in nuclear DNA are more obvious candidates for gene editing because they are more likely to result in a cure. These include cystic fibrosis, muscular dystrophy and sickle cell anemia.

Mitochondrial DNA is located outside the cell's nucleus and passed down directly from the female egg to the embryo. Genes composed of mitochondria DNA enable mitochondria to produce energy for the whole cell. Mutations in mitochondrial genes have been associated with severe disorders such as Leigh syndrome and mitochondrial complex III deficiency that can affect the brain, kidney and heart.

Just as nuclear DNA modification may remove the risk for single gene disorders, mitochondria replacement therapy would replace these mutated mitochondrial genes with mitochondria from a donor egg - a change that will passed to future generations.

Throughout this discussion, I try to maintain a sense of empathy for those families for whom this could be their only hope of having a healthy biologically related child. I also try to convey that we are at the beginning of a long road that will require a thoughtful approach to anything we do. The technology is here, but we know so much less about its effects than we should.

These editing therapies will permanently change all the descendants of a couple. In some cases it could rid a family of a genetic disease. In others, the unintended effects may be worse than the disease itself. This is the purpose of ethically appropriate research with careful oversight. The ban does not change the need for discussion. If anything, it brings the debate back to the reality of patients seeking care for diseases that currently have no cure.

MINNEAPOLIS, Minnesota - A white police officer in the U.S. city of Minneapolis seen kneeling on the neck of a ...

Africa, then Asia to be invaded by locusts, says United Nations

NAIROBI, Kenya, May 29 (Xinhua) -- The Horn of Africa region will experience another swarm of locust invasion in June ...

BEIJING, China May 29 (Xinhua) - A spokesperson for China's Ministry of National Defense on Friday criticized a report recently ...

TEHRAN (Tasnim) - The Atomic Energy Organization of Iran (AEOI) dismissed as "a futile attempt" the U.S.' new decision to ...

MINNEAPOLIS, Minnesota - A white police officer in the U.S. city of Minneapolis seen kneeling on the neck of a ...

Africa, then Asia to be invaded by locusts, says United Nations

NAIROBI, Kenya, May 29 (Xinhua) -- The Horn of Africa region will experience another swarm of locust invasion in June ...

Russia's most prominent conman left wave of death and deception

This is the story of how the mastermind behind MMM, Russia's biggest financial pyramid scheme, managed to get elected to ...

BEIJING, China May 29 (Xinhua) - A spokesperson for China's Ministry of National Defense on Friday criticized a report recently ...

TEHRAN (Tasnim) - The Atomic Energy Organization of Iran (AEOI) dismissed as "a futile attempt" the U.S.' new decision to ...