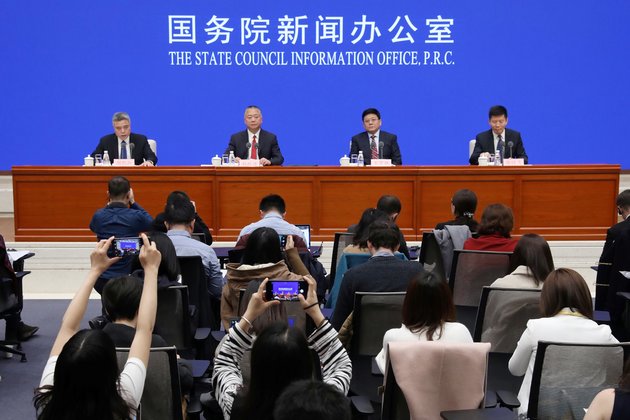 WASHINGTON - The US Treasury took action Wednesday to crack down on Chinese traffickers of deadly fentanyl, sanctioning producer-exporters and warning banks on financial schemes used to distribute the synthetic opioid behind thousands of US overdose deaths.

The Treasury identified Zheng Fujing, 36, and a company he controls, Qinsheng Pharmaceutical Technology, and a partner, Zheng Guanghua, as a major, Shanghai-based production fentanyl production and trafficking organization.

The Zheng drug trafficking organization, the Treasury said, produced and shipped hundreds of controlled substances, including fentanyl analogues such as carfentanil, which is 100 times more potent than fentanyl.

"Zheng created and maintained numerous websites to advertise and sell illegal drugs in more than 35 languages," it said.

"Yan has tried to evade prosecution by modifying the chemical structure of his synthetic analogues based on his monitoring of legislation and law enforcement activities in the United States and China," the Treasury said.

All three men have already been indicted in separate trafficking cases in the United States.

The Treasury's designation of the three as "significant foreign narcotics traffickers" under the US Kingpin Act allows the Treasury to use more sanctions and controls to attack their networks.

The Treasury said it had also issued an advisory to banks and other financial institutions describing how synthetic opioid producers and traffickers operate in financial networks, with the aim of closing off their ability to produce and sell their drugs.

"We are making the financial sector aware of tactics and typologies behind illicit schemes to launder the proceeds of these fatal drug sales, including transactions using digital currency and foreign bank accounts," said Kenneth Blanco, the head of the Treasury's Financial Crimes Enforcement Network.

The Treasury said both the Zheng and Yan groups used digital currencies like bitcoin for production operations and sales.

U.S.-India trade deal not expected during Trump visit next week

WASHINGTON, DC - President Donald Trump has signalled that a "big trade" deal might not be on the agenda during ...

The federal judge in the Roger Stone trial is refusing to postpone sentencing while President Donald Trump says the conviction ...

NEW YORK, New York - Amazon founder Jeff Bezos says he will give $10 billion of his own money to ...

It is a craven, indefensible choice. On Tuesday, European Union foreign ministers agreed to launch a mission in the Mediterranean ...

DAMMAM, Saudi Arabia - A baby boy kidnapped from hospital 3 hours after he was born more than twenty years ...

China: Covid-19 Not as Deadly as Other Coronaviruses

GENEVA, SWITZERLAND - China has published new data on more than 44,000 confirmed cases of Covid-19, which show the disease ...