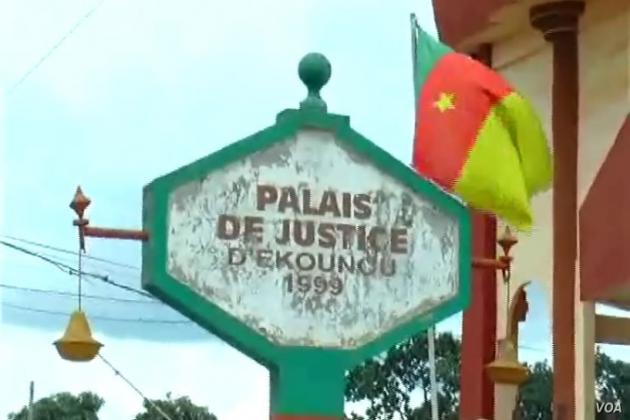 YAOUNDE, CAMEROON - Cameroon's law courts are at a standstill as lawyers for a third day Wednesday defy government threats and continue to protest what they say are widespread unbearable rights violations that include torture, illegal and prolonged detention of accused persons.

Observers say the strike may compromise the national dialogue ordered by President Paul Biya to solve the separatist conflict rocking the country.

Three hundred and eighty cases have been on the schedule at the Ekounou tribunal in Cameroon's capital, Yaounde, since Sept. 16 and none of them have been heard.

Patrick Mbella, 45, who is in pre-trial detention for aggravated theft, says when he arrived at the court on Wednesday morning, his lawyer was not there.

Mbella says he does not know what to do after the judge asked that he be taken back to detention because the government had not succeeded in convincing the lawyers to call off their strike.

Peter Seme of the Cameroon Bar Association, outside the Ekounou tribunal, read out what he called a statement from the country's lawyers explaining why they stopped working. He listed rights violations that included the cruel humiliation of detainees by authorities.

"The appearance of naked detainees at public hearings, the extortion of confessional statements through torture and fraud, prolonged illegal detentions, situations of abusive detentions despite release orders, silence concerning some complaints made by lawyers, the refusal to acknowledge receipt of correspondences with written proof thereof," Seme said.

Members of the Cameroon Bar Association ignored a Sept. 5 resolution adopted during a meeting convened by the government for them to call off the strike action.

Cameroonian President Biya had given instructions for judicial processes to be sped up after a prison protest last July over poor conditions that included overcrowded detention centers.

A delegate at Cameroon's Ministry of Justice, Jean de Dieu Momo, says nearly a million cases that were to be heard in courts all over the country this week have been affected. He offered reassurances to the lawyers, saying the government has called on the military, the police and others in the judicial system to immediately address the lawyers' concerns.

"It is our job to make sure that the lawyers are independent, working freely without any disturbance from anyone. Lawyers, magistrates, military, people involved with security are together to work, to find out sustainable solutions," Momo said.

Government officials expect the lawyers to call off their action soon.

Pierre Bayo, political analysts and lecturer at the University of Yaounde says the lawyers' strike may affect the national dialogue Biya announced Sept. 10 to resolve issues in his country, which is in the midst of a separatist conflict that pits its French and English-speaking populations against each other.

He says most of the lawyers who initiated the strike had defended separatist leaders who had been sentenced to life in prison by a military tribunal and also Maurice Kamto, the man who claims he won last year's elections a victory he alleges was stolen by Biya.

"Besides the Anglophone problem today, even more acrimonious in this country is the Kamto political leadership," Bayo said.

Many had expected Kamto - who is now facing eight charges amounting to treason at a military tribunal in Yaounde - and some separatist leaders to be granted clemency by Biya to take part in the national dialogue. Biya declined, saying justice would take its course.

Jailed U.S. citizen who demonstrated against Egyptian coup is dead

CAIRO, Egypt - The death this week of Mustafa Kassem, an Egyptian-American imprisoned in Egypt after an unfair trial, underscores ...

Iran will have nuclear bomb by end of 2020, warns Israel

JERUSALEM - Israel's army intelligence says Iran will have enough enriched uranium to produce one nuclear bomb by the end ...

Reviewing the winners and losers of the Democratic Debate

Editor's note: Six Democrats qualified for the final debate before the Iowa caucus on Feb. 3. We asked three scholars ... 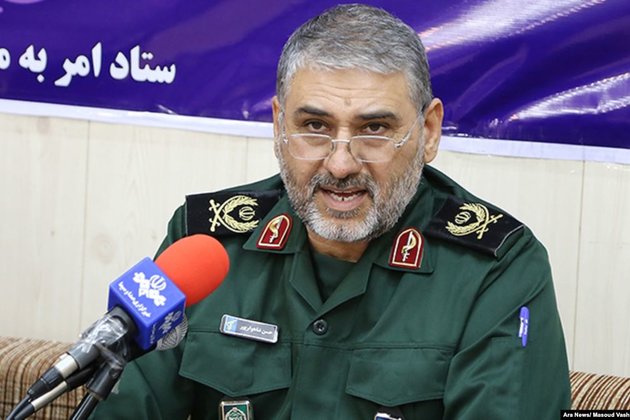 The United States has imposed sanctions on a senior military Iranian official over a crackdown on anti-government protesters, the State ...

Jailed U.S. citizen who demonstrated against Egyptian coup is dead

CAIRO, Egypt - The death this week of Mustafa Kassem, an Egyptian-American imprisoned in Egypt after an unfair trial, underscores ...

BALTIMORE, Maryland - After just a few hours of playing baccarat at a Maryland casino in September 2017, Chenguang Ni ...

WELLINGTON, New Zealand - The New Zealand government's books are in good shape with the accounts in surplus and expenses ...