The 'red mirage': Considering the outcome of a loss for Trump 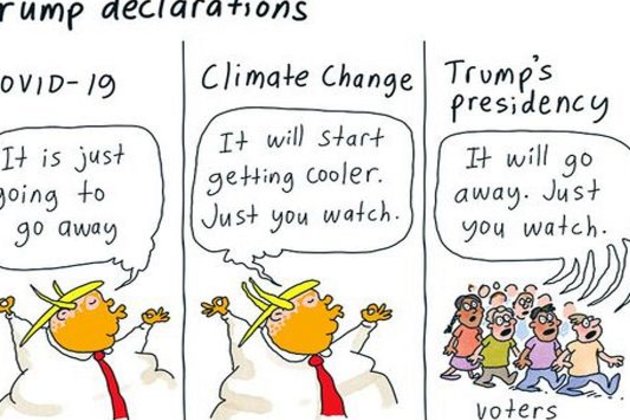 Following President Trump's erratic behaviour in the lead-up to the November election, focus is now on what might happen in a potential loss, writes Dr Norm Sanders.

LONG AGO, I was serving in the U.S. Air Force stationed at Moody Air Force Base, Valdosta, Georgia. As many of us weren't Southerners, we were definitely not welcomed in town. If we did make the visit, we were confronted with a monument in the town square consisting of a large pile of Civil War cannonballs supporting a flagpole flying a Confederate flag. A plaque at the base read: 'They shall not have died in vain.'

In those days, Confederate flags were at least as common in the South as the Stars and Stripes. Recently, they have become a rarity along with Confederate monuments. The removal of the flags and statues has reopened the old Civil War wounds. The deepest cut of all was the banning of the Confederate flag at that most Southern of events, the NASCAR (National Association for Stock Car Auto Racing) races.

Although Confederate flags may be disappearing from public buildings, the rallying cry "the South will rise again" is louder than ever. It is not only the Southerners who display the Confederate flag but many "Make America Great Again" Trump supporters, even in the North.

America could be heading towards a second Civil War

With the U.S. Election approaching, President Trump seems to be agitating his country into a frenzy of violence and hate crime.

There is great Southern anger over the pulling down of the flag which President Donald Trump is inflaming at every opportunity. Thanks to the NRA, America is awash with guns - 393 million - enough for every man, woman and child with millions left over. The U.S. is a bulging powder keg which could be about to blow up.

The "red mirage" may light the fuse. The red mirage is a term coined by a group called Hawkfish a top Democratic data and analytics firm which is funded by millionaire and momentary Presidential candidate, Michael Bloomberg. The premise is that it is very likely that President Trump will seem to have won on election night, perhaps in a landslide. But he could lose when all the votes were eventually counted.

In the U.S., election results are displayed on TV screens as a coloured map of the country. States coloured red indicate a majority Republican vote and blue indicates a Democrat lead. A red mirage would be a short term, illusory victory for Trump.

The reasoning goes like this: many more Democrats will vote by mail than Republicans. Democrat voters are afraid of catching COVID-19. Trump voters believe the pandemic is at least under control and most likely a hoax. Trump is very aware of this situation which is why he has declared war on the U.S. Postal Service.

President Trump may be facing his Waterloo

Critics from both Democratic and Republican sides are emerging to prevent Donald Trump from winning another four years in the White House.

Hawkfish is advising that voters be extra careful about voting early and making sure to follow all the instructions to the letter. Better yet, voters should put on masks and gloves to safely vote or return the mail ballots in person.

Presidential candidate Joe Biden is ready to fight for the absentee and mail-in votes which will ultimately decide the election. He says his campaign has assembled a team of 600 lawyers to counteract Trump's attempts to suppress the vote.

The days following 3 November will be chaotic enough, but what will happen if Trump loses and refuses to leave?

A bipartisan group of about 80 political operatives and academics has been discussing what could happen if President Trump were to lose the November election and then barricade himself in the White House.

The group was composed of both Democrats and Republicans and met to outline scenarios as part of a program called the Transition Integrity Project last June. They held an online meeting to play out a variety of scenarios.

Rosa Brooks, a Professor of Law and Policy at Georgetown University and a former Defense Department official who helped organise the group, said:

It doesn't take a high-powered group of experts to predict what would happen if Trump called on his base to come to his rescue with assault rifles at the ready.

The U.S. is crisscrossed by fault lines, some geological and some political. Tensions in the Earth's crust cause slippage along faults, resulting in earthquakes. Political fault lines can also cause devastation when triggered. The San Andreas of political fault lines is the Mason-Dixon Line, which was the border between the combatants in the Civil War - slavery abolitionists in the North, slave owners in the South.

Today, it is exemplified by Senate leader and Trump protector Mitch McConnell from the South (Kentucky) and Senator Bernie Sanders, socialist, in the North (Vermont).

Trump is intent on causing a political earthquake of magnitude ten on the Richter Scale: "Near-total destruction." In other words, Civil War II.

Related ArticlesAmerica could be heading towards a second Civil WarPresident Trump may be facing his WaterlooThe U.S. Election is important to all those seeking a better worldRussia involved in Trump campaign - againTrump's America: A ripe example of democracy in decay

NEW DELHI - India and the U.S. held a "productive" and "successful" third round of 22 dialogue in New Delhi, ...

WASHINGTON, DC - The U.S. Federal Communications Commission (FCC) is proposing a rule change that would require television and radio ... 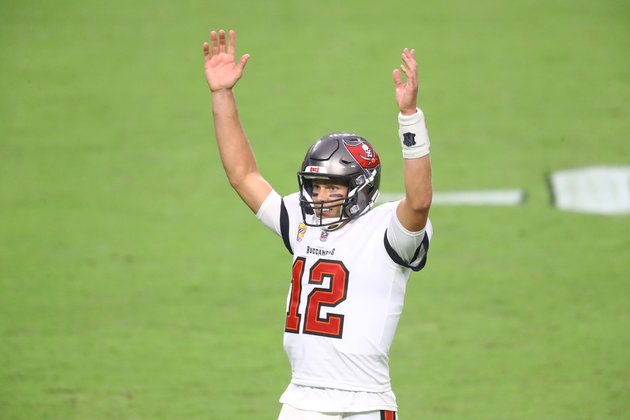 Tom Brady apparently has found the Fountain of Youth in Florida. The six-time Super Bowl winner is thriving in his ...

Chinese stocks gain for third day in row, most other Asian markets dip

SYDNEY, NSW, Australia - Asian investors on Thursday ignored the ructions overnight on Wall Street and around the globe, keeping ...

Britain and India shore up economic and financial ties

LONDON, UK - Britain and India entered into a range of agreements on Wednesday to solidify their relationship and promote ...

Won't You Be My Neighbor?