Chemical giant's plant may close due to gas shortage - WSJ 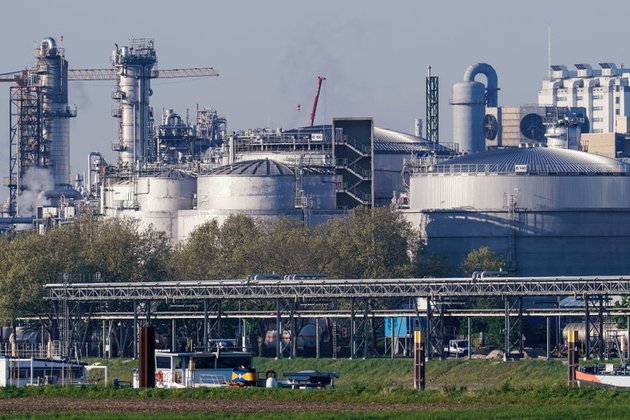 Germany's BASF may shut down its biggest facility due to reduced Russian gas supply, the newspaper reports

German chemicals major BASF may be forced to halt production at the world's biggest chemicals plant in Ludwigshafen, the Wall Street Journal reported on Monday, citing shortages of cheap and abundant Russian gas.

According to the report, BASF has used Russian natural gas for years to generate power and as feedstock for products that make it into toothpaste, medicine, and cars. However, dwindling Russian gas supplies are proving a threat to the company's vast manufacturing hub, it says.

"Cutting down production at this site will be a huge task," said BASF senior economist Peter Westerheide, as quoted by the WSJ. "We've never seen situations like this before. It's hard to imagine."

With an area of approximately ten square kilometers, the Ludwigshafen complex spanning some 200 plants, accounts for about 4% of the total gas demand in Germany. Approximately 60% of the gas used at the plant is meant to generate electricity, while the remaining 40% is feedstock for the production of chemical products, including ammonia and acetylene.

BASF estimates that if the chemical complex continues to receive more than 50% of the maximum volume of gas, the operations could be continued. Otherwise, the work of the complex will have to be stopped.

Earlier this month, Russian gas flows to Germany through the undersea Nord Stream pipeline were cut by as much as 60% due to technical issues arising from Western sanctions against Moscow. In response to the crisis, the German government has launched the second "alarm" phase of its three-level gas emergency plan. Berlin has warned it's facing a severe shortage of the fuel amid diminishing flows from Russia.