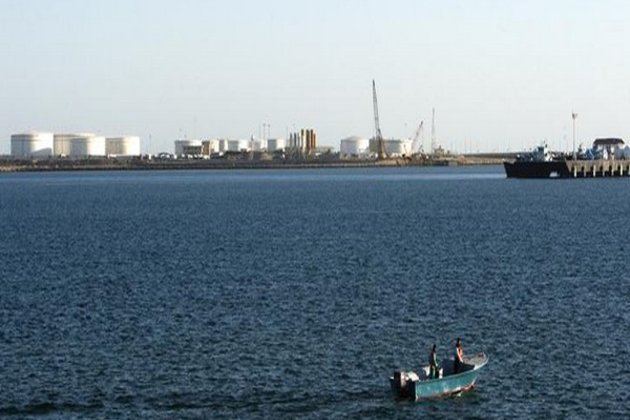 Tehran [Iran], June 28 (ANI): Endorsing the need to enhance connectivity, India along with the Central Asian countries have worked out ways to utilize the Chabahar Port agreeing that connectivity should be based on transparency, financial sustainability, and respect for sovereignty, which in fact is a subtle rebuke to China's Belt and Road Initiative (BRI).

This comes amid reports that show that China has become more aware of the debt implications of BRI. A study by the Center for Global Development reported that eight of the 63 countries participating in the BRI are at risk of "debt distress."Chahabar port has many distinguishing features due to its geographical location. It is located in Iran's southeastern Sistan and Baluchestan provinces. This port has a huge potential to act as a global trade hub. The location of the port makes it attractive from both a domestic and international perspective.

India and Iran have entered into several MoUs with Iran. India welcomed the interest of Central Asian countries to utilize the services of Shahid Beheshti Terminal at Chabahar Port for facilitating their trade with India and beyond.

A joint working group formed between India, Kazakhstan, Uzbekistan, and Turkmenistan endorsed the need to move towards connectivity initiatives.

Kabul needs to get out of the severely restricted trade with Pakistan at a time when there are fault lines and friction between the country and Islamabad. Currently, Afghanistan is constraint in terms of its trade. The country is dependent on the majority of its trade in Pakistan through land routes. This is both geographically constricting and fraught, considering that diplomatic relations between Afghanistan and Pakistan have remained frosty due to unresolved border issues and Islamabad's "bullying" attitude towards Kabul, reported Global Strat View.

Pakistan and Afghanistan tensions have led to a massive reduction in trade volume between the nations. Between 2014 and 2015, the trade volume was USD 2.7 billion annually, but "overly stringent regulations and punitive red tape" have caused this trade to be reduced to less than a quarter of this volume.

Keeping in view this prevalent trade situation in Afghanistan, the prospect of an alternate trade outlet could spur considerable economic growth in Kabul.

The trade impetus in Afghanistan could be provided by allowing critical trade with India, which is currently impossible owing to the refusal of the Pakistan government to allow overland trade access to India.

Meanwhile, Iran has suffered economically on account of its status as a pariah in the eyes of Western countries led by the USA and the accompanying plethora of sanctions imposed upon it.

The main points of attraction in the Chabahar Port lie in its direct ocean access and geographic proximity to Afghanistan, Dubai, India, and Pakistan. The positioning of Chabahar on the international North-South transport corridor gives it the potential to develop into a commercial hub.

Since 2018, the Chabahar Port has been exempted from sanctions imposed by the USA, a crucial factor in its development. In making this exemption, the Trump administration cited the need to bolster Afghanistan's potential for trade.

Iran has been making a concerted effort to develop the eastern part of the country and create land-based trading routes centring on Chabahar. Chabahar's location in the Sistan-Baluchistan Province bordering Pakistan and Afghanistan is crucial.

Most of Afghanistan's trade is routed through the Bandar Abbas port, which does not enjoy direct access to the Indian Ocean. This requires trade to be routed either through sea lanes controlled by the United Arab Emirates or through transshipment via one of the UAE Ports, as per the media portal.

Besides adding to transport costs and logistics complications, this is a geopolitical sticking point for Shia Iran, given its perennially tense relationship with neighboring Sunni-dominated states in the Gulf.

In this context, accelerating the development of the Chabahar Port and creating a multi-modal system is critical. Even with rail and highway systems connecting Chabahar with the Iran-Afghanistan border, the routes still provide an essential boost to the efficiency of trade with a reduction of shipping costs of around 50 per cent and shipment times between India and Central Asia also being reduced by 50 per cent.

Presently, the primary challenge facing Iran and the Chabahar Port remains the unpredictability of US policy and the potential for sanctions at any point, owing to the domestic polarization in American politics.

Further, the willingness of investors to commit to Chabahar would remain contingent (dependent) on clarity and assurances regarding the potential re-imposition of sanctions.

Nonetheless, the strategic advantages of the Chabahar Port and the unique opportunities they provide ensure that it must emerge as a regional trade hub in the long term. (ANI)